Designing a healthier environment for residents

Landlocked within California’s semi-arid Inland Empire, residents of Fontana are exposed to air quality that is worse than 95% of census tracts in California. Its urban forest – a mere 0.36% coverage – is distinctly less than other communities in Los Angeles Basin. This statistic, when considered with the influence of major transportation corridors, notable industrial hubs, frequent regional wildfires, and projected population growth, is at further risk as outdated and unconsolidated landscape regulations face increased development pressures.

Grounded by quantitative research, Design Workshop applied scientific methodologies to explore various dimensions of air quality. The Fontana Urban Greening Master Plan creates a multi-scalar, green infrastructure vision that influences development patterns, improves individual health, and creates a resilient future for Fontana. Transferable in its approach for other communities, the plan prompted an immediate policy change with its ambitious, long-term goal of increasing tree canopy coverage to 5% by 2050 – a transformational increase of over 1300%.

Southern California Association of Governments and the City of Fontana 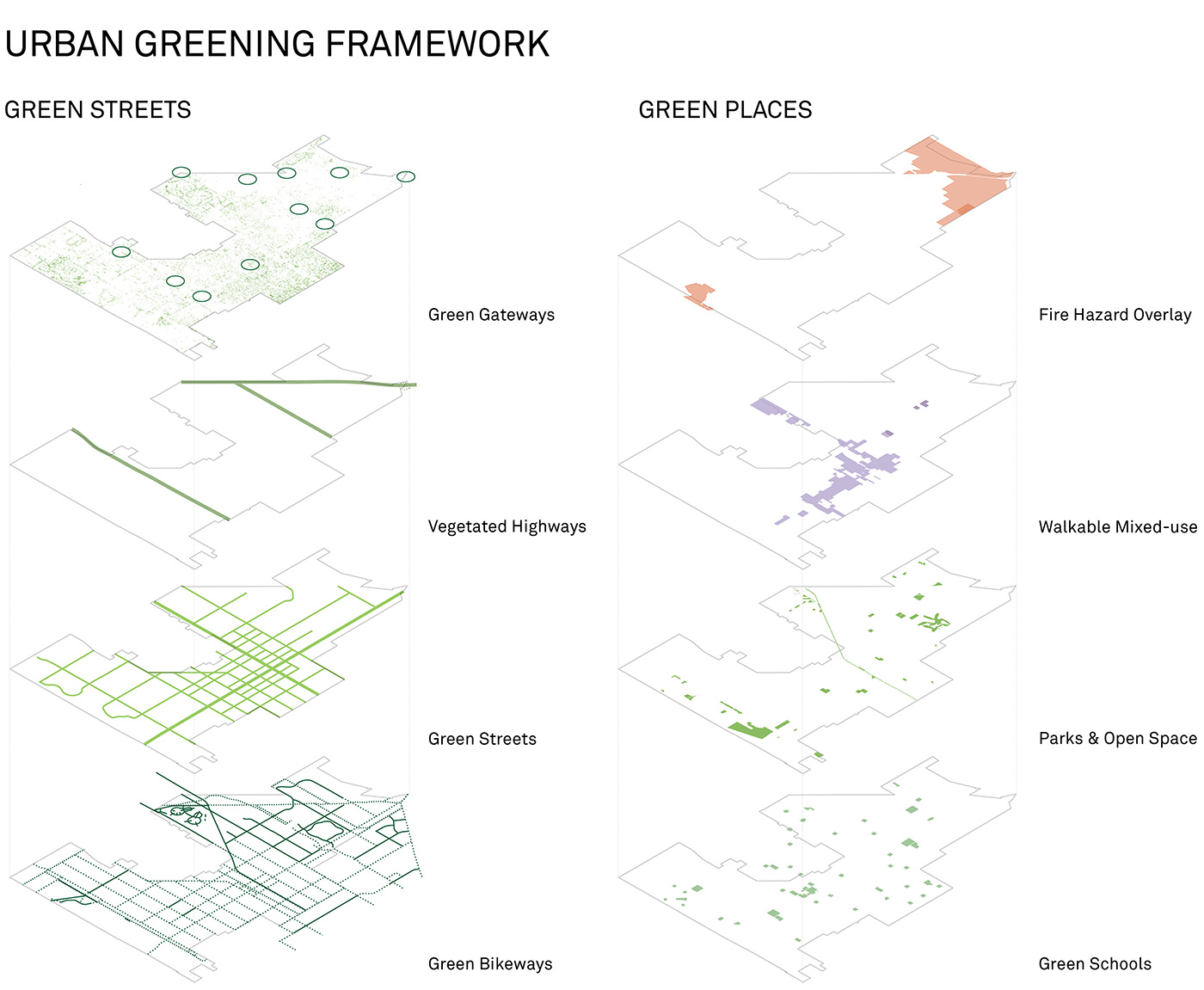 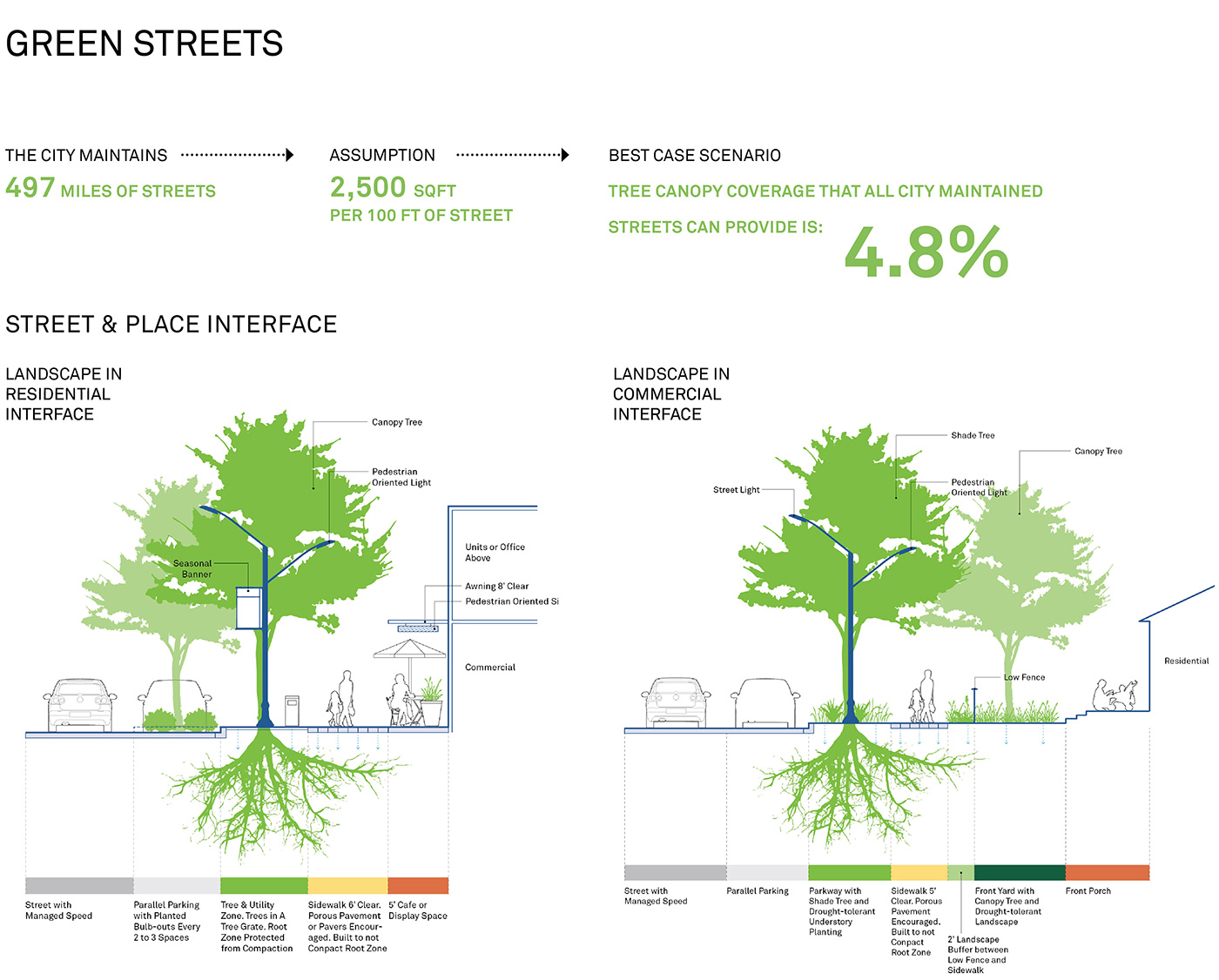