Over the last century, the neighborhoods of Northeast Denver have seen ever-increasing property damage and loss of green space due to regional development and antiquated infrastructure. The communities not only suffer from a lack of public open spaces and disconnected stormwater facilities, but homes and businesses also regularly flood. This flooding happens due to a perfect storm of shortsighted development and circumstance that resulted in two urban neighborhoods being built within an historic drainageway without being provided the necessary infrastructure to redirect the historic seasonal flows. The Platte to Park Hill project rights this wrong and brings new recreational and mobility infrastructure to two underserved communities.

Rather than tearing homes down to manage the major flooding issues, an innovative process was implemented. Using the entire city as a canvas, a multi-tiered intervention strategy was used with four distinct projects throughout the city working in concert to capture and redirect stormwater. Primarily using vacant parcels and existing city properties, such as the historic City Park Golf Course, the basin’s former drainage capacity is restored while minimizing impacts to residences and businesses. The result is additional flood protection for over 5,000 residences, upgrades to existing City facilities and over 14 acres of new parks and open space in underserved communities.

City and County of Denver 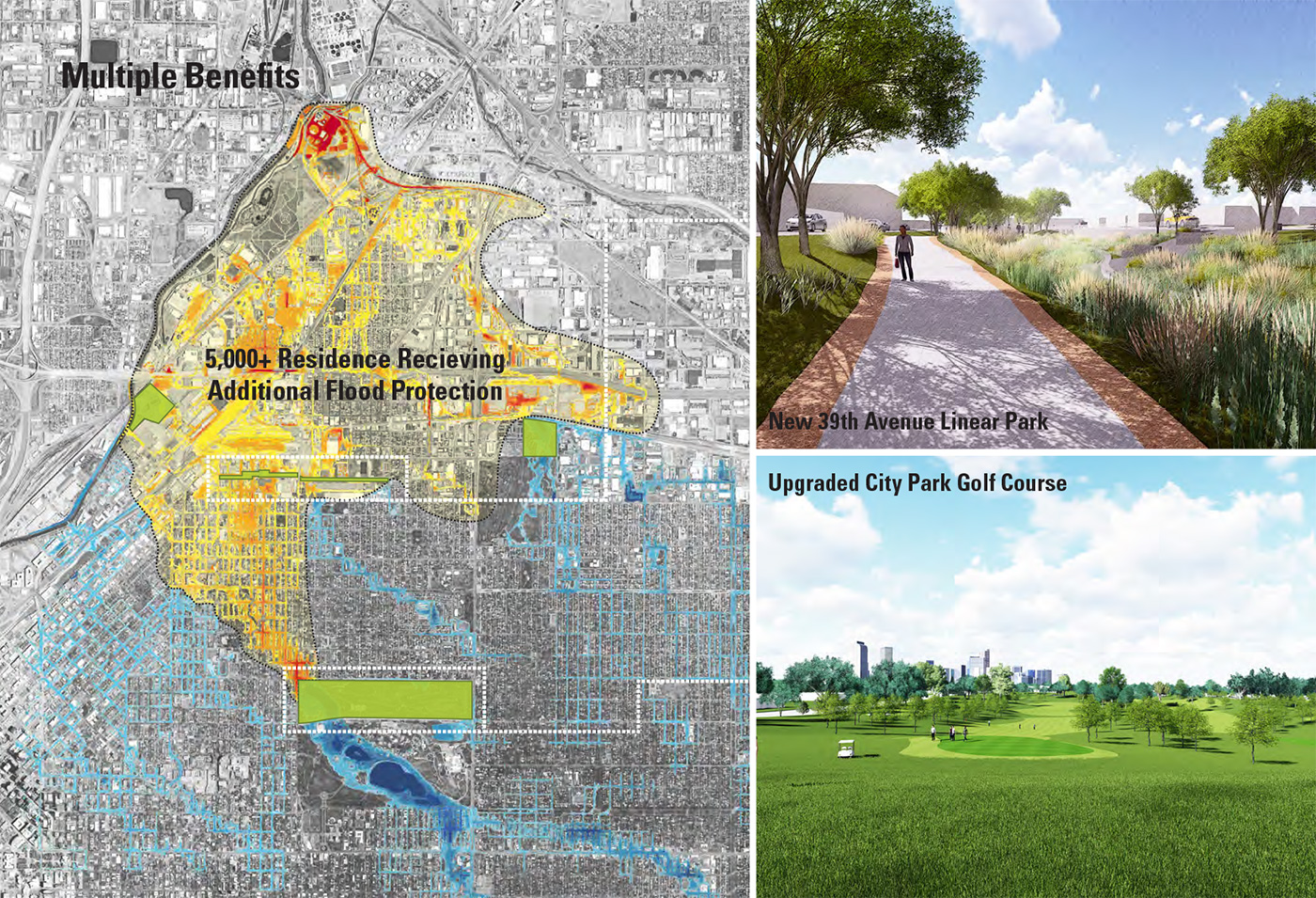 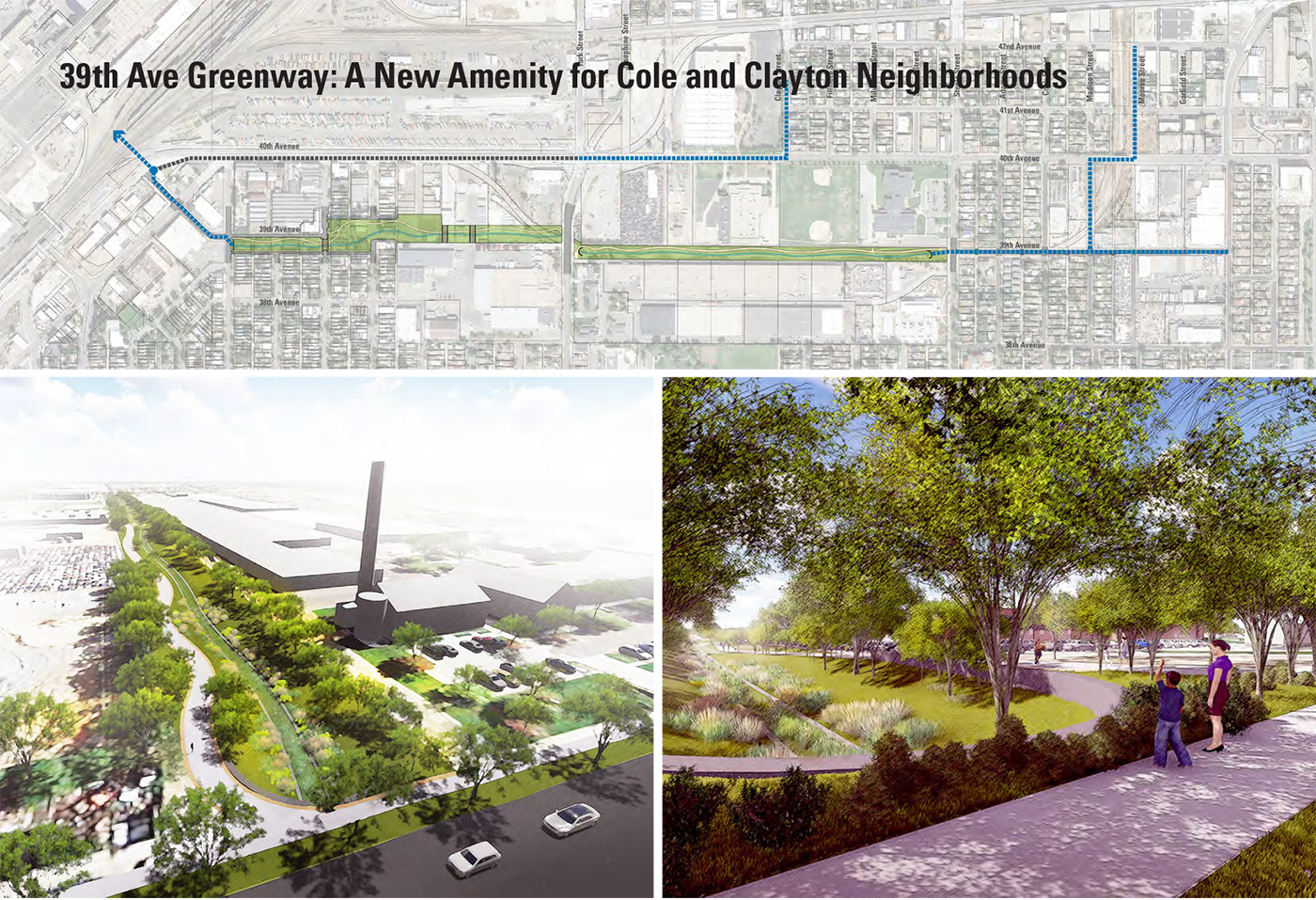 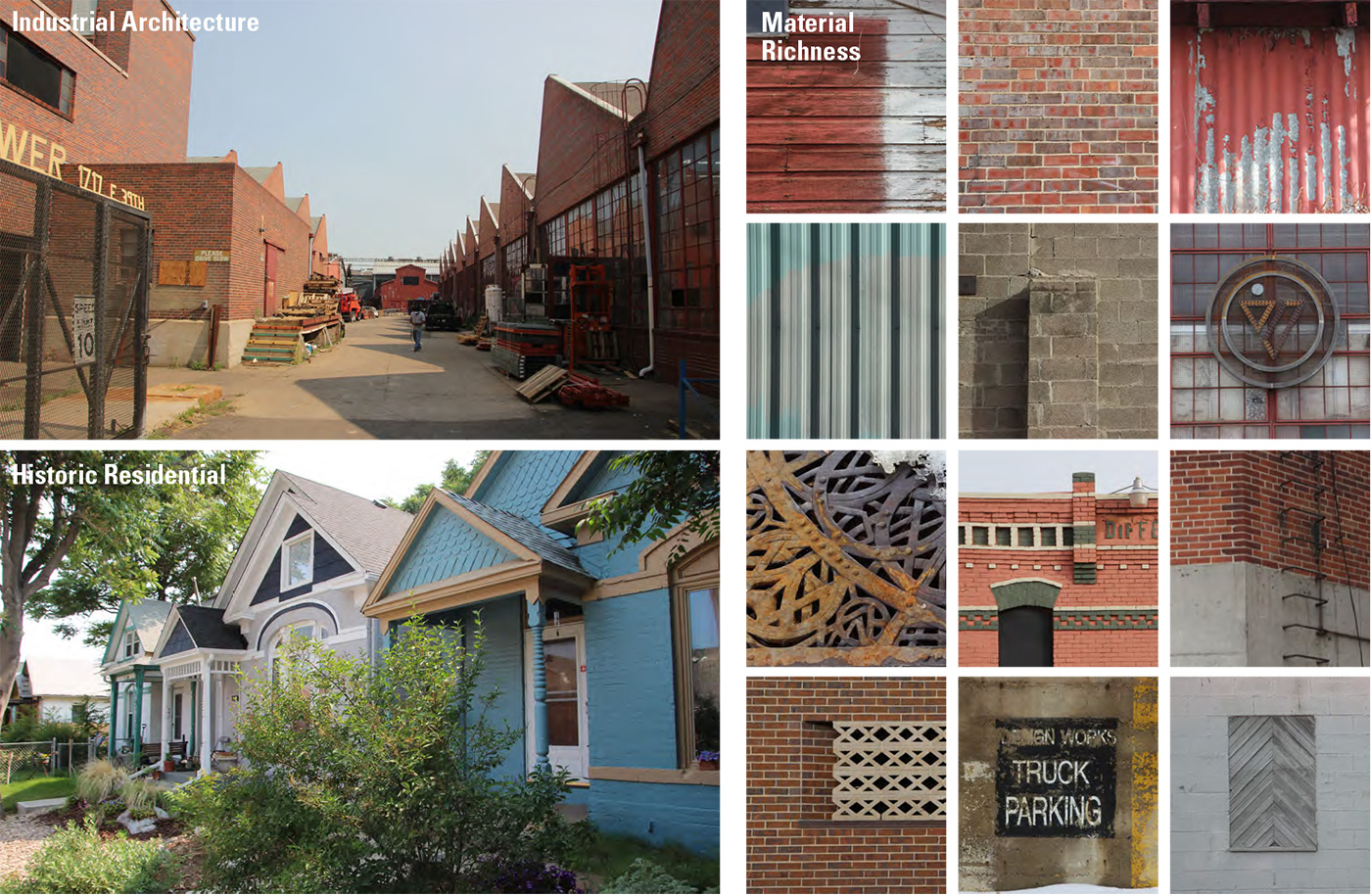 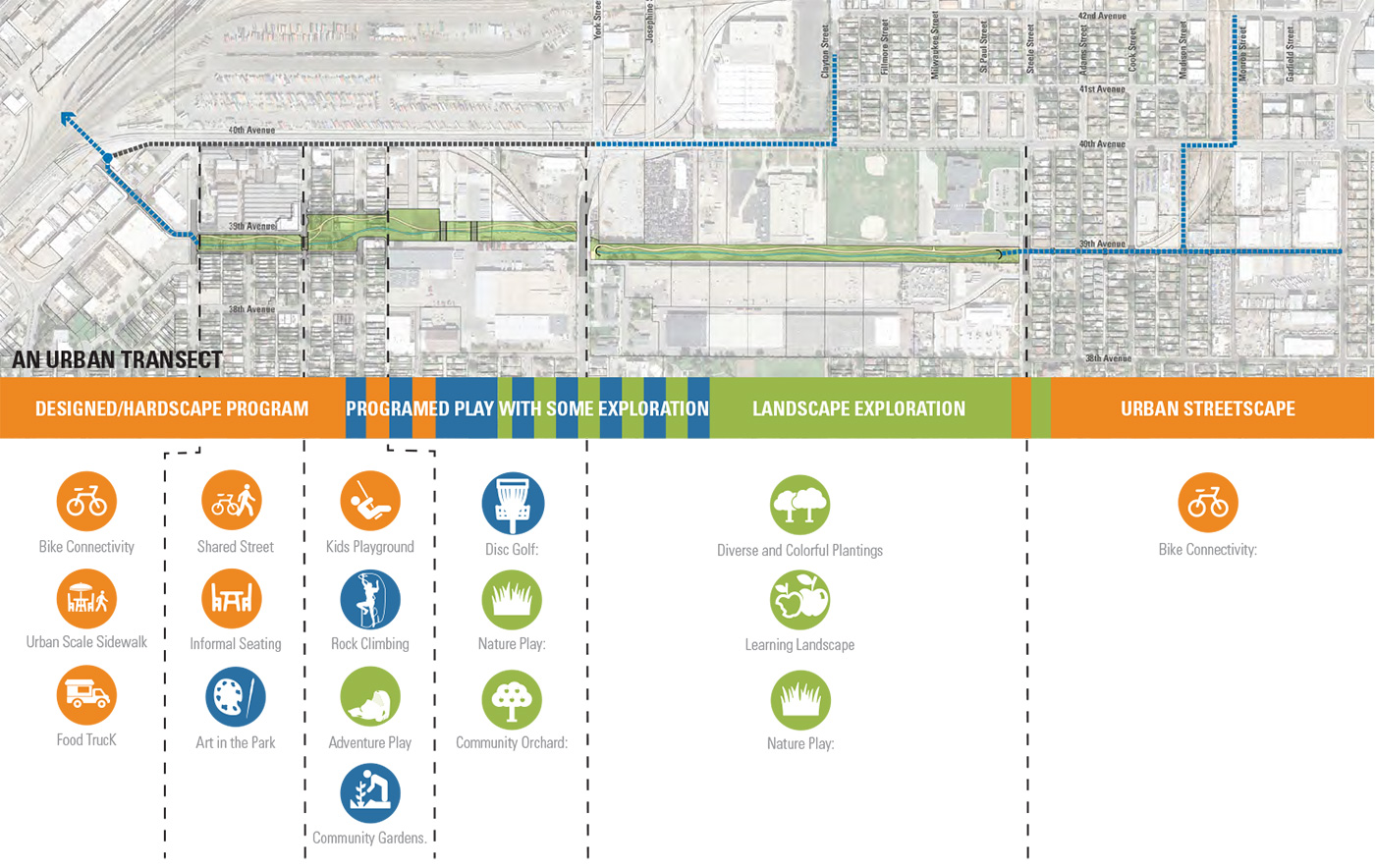 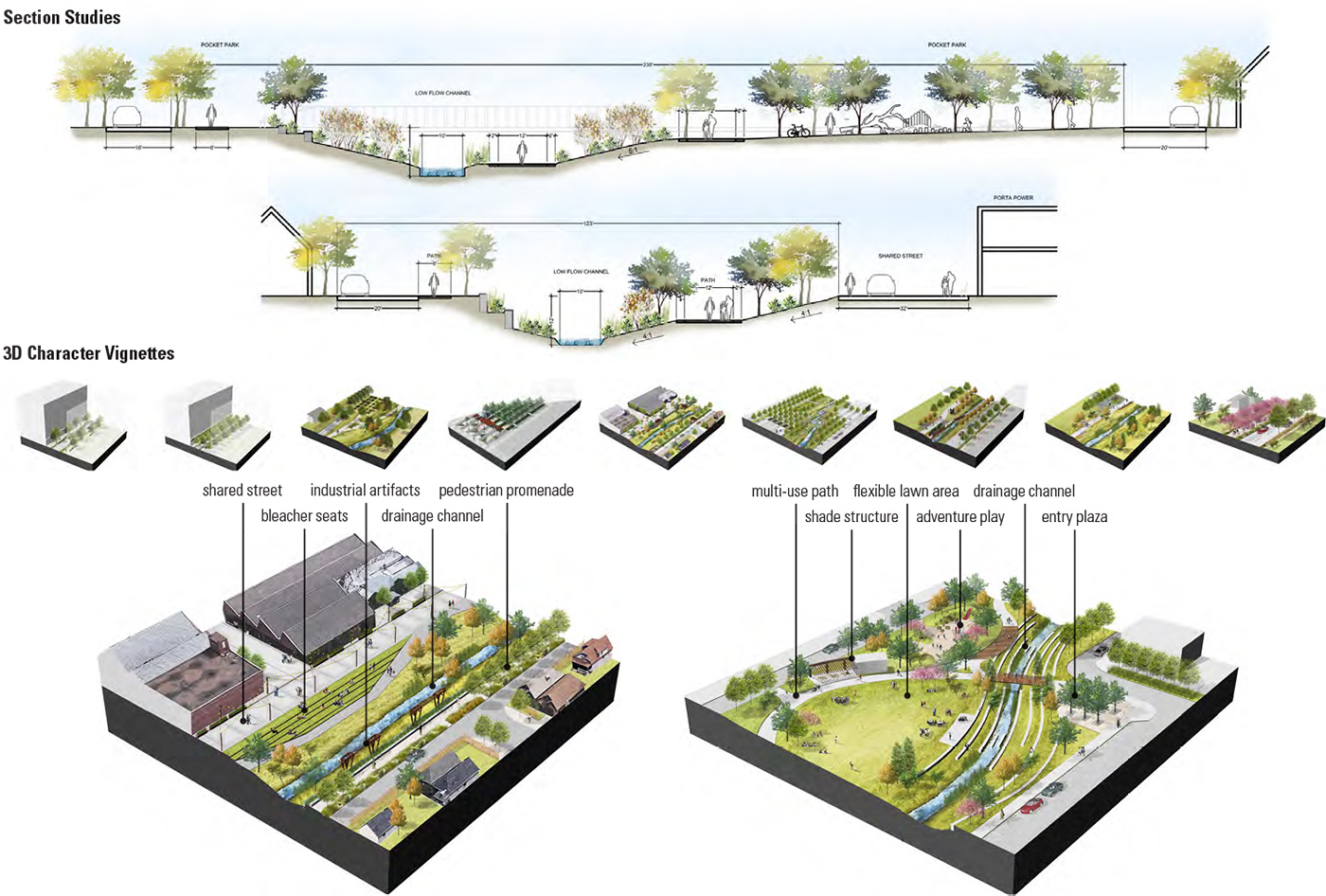 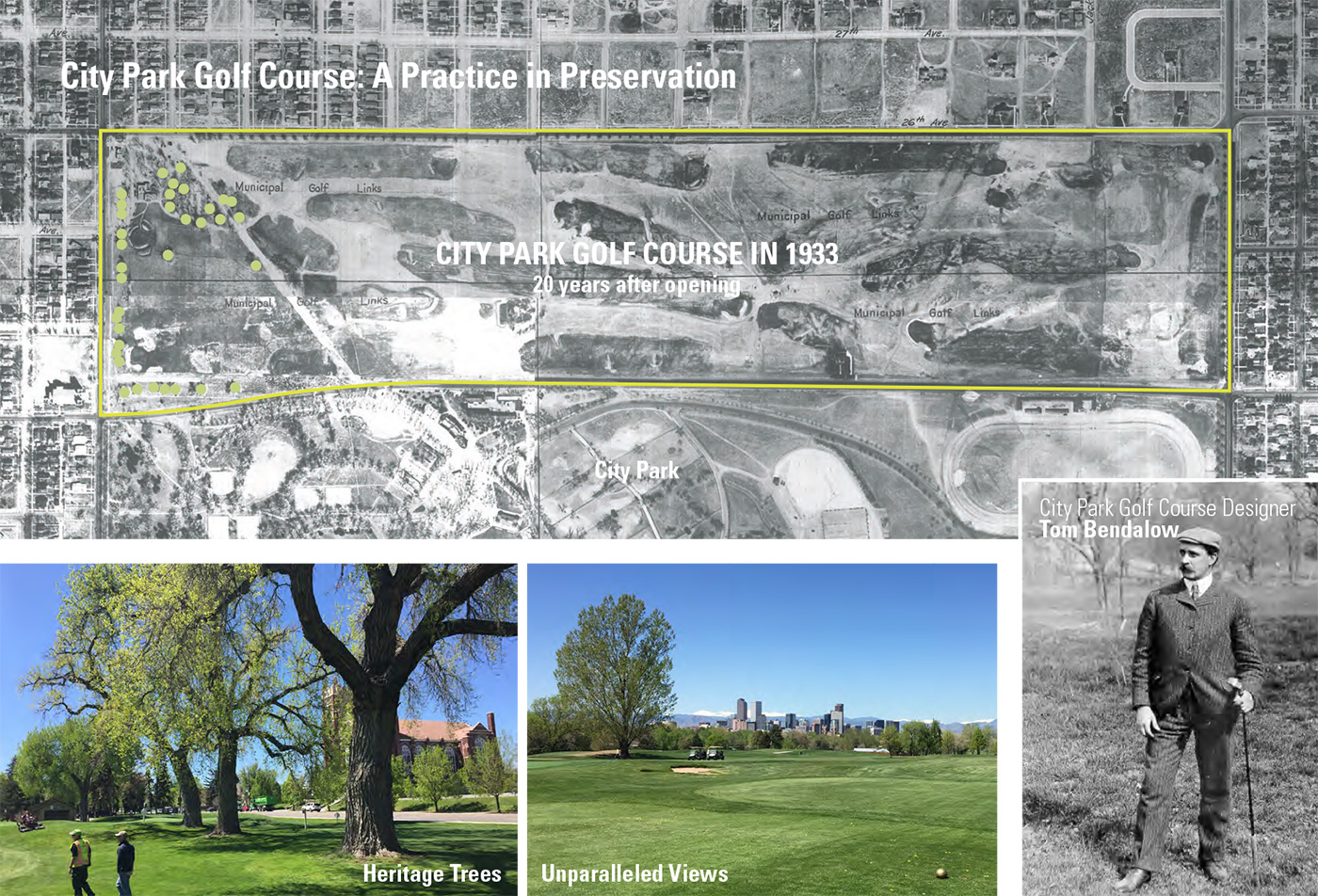 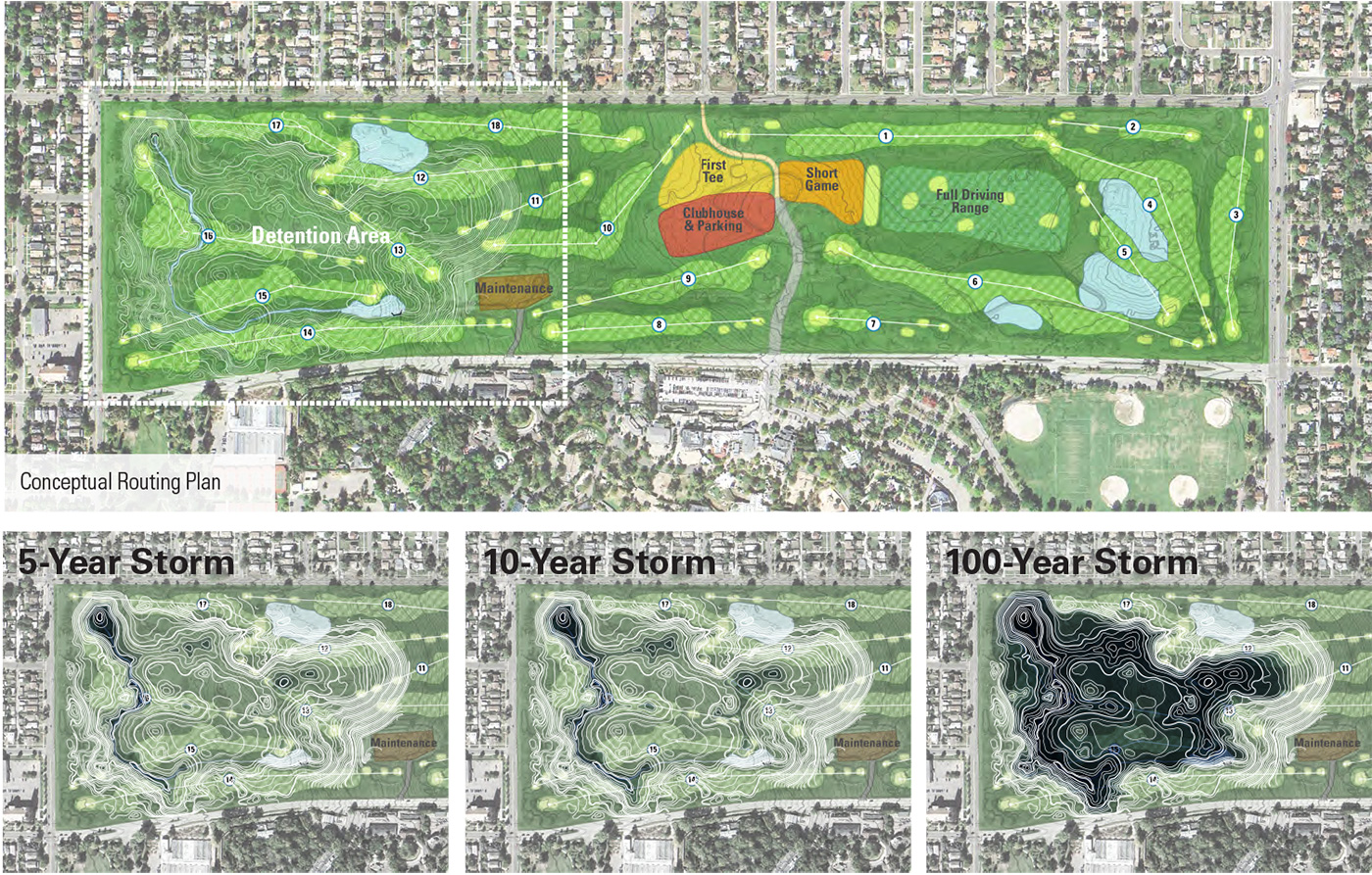 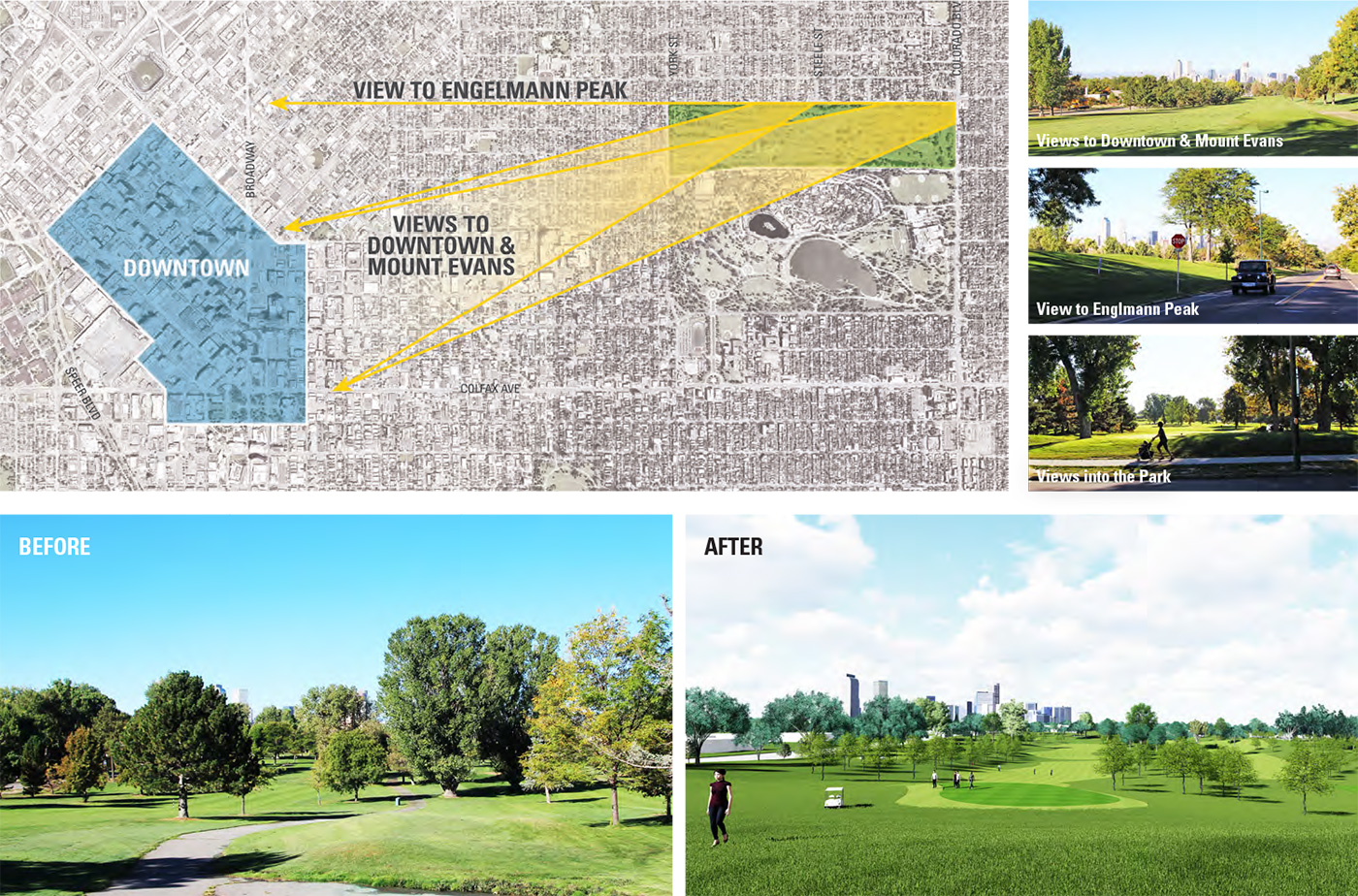 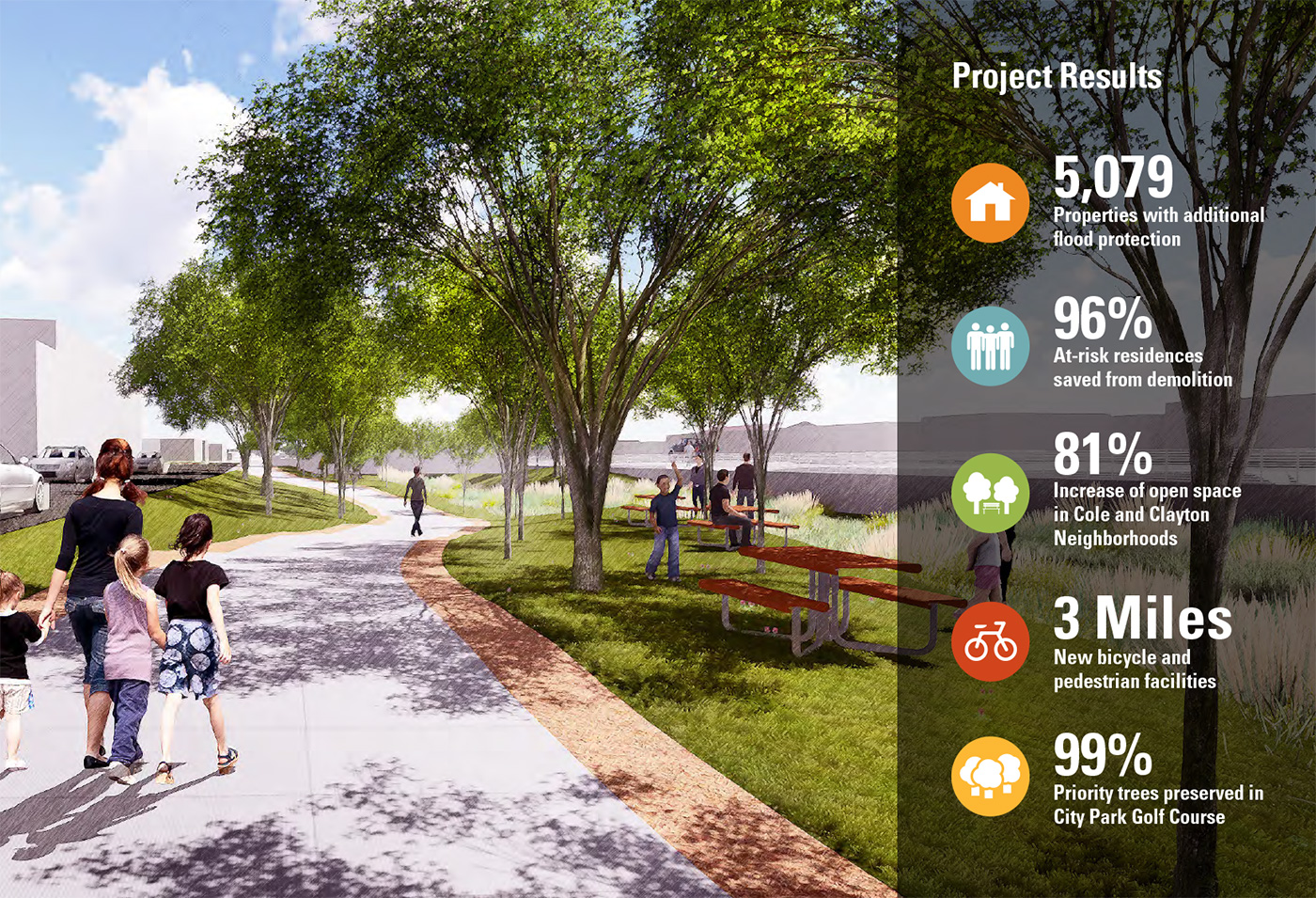