Like most downtowns that expanded after the WWII era, downtown Houston became a major office environment that required massive roads to get workers in and out of the city. One of these roads, Bagby Street, was a four-lane thoroughfare that moved cars, lots of them, in one direction. Additionally, Bagby Street was identified as a route for a new regional stormwater system that would help alleviate upstream drainage issues downtown by conveying stormwater through the street to Buffalo Bayou. Working with Midtown District and the City, Bagby Street was repurposed for regional drainage and constructed as a complete street. The new design created open rain gardens along the wider sidewalks, which enable water to be cleansed of 93 percent of the oil and grease from the roadway, improving the water quality downstream. Because of Bagby’s success, the project was awarded the first Greenroads® certification in Texas and it has become the model for other complete streets downtown. 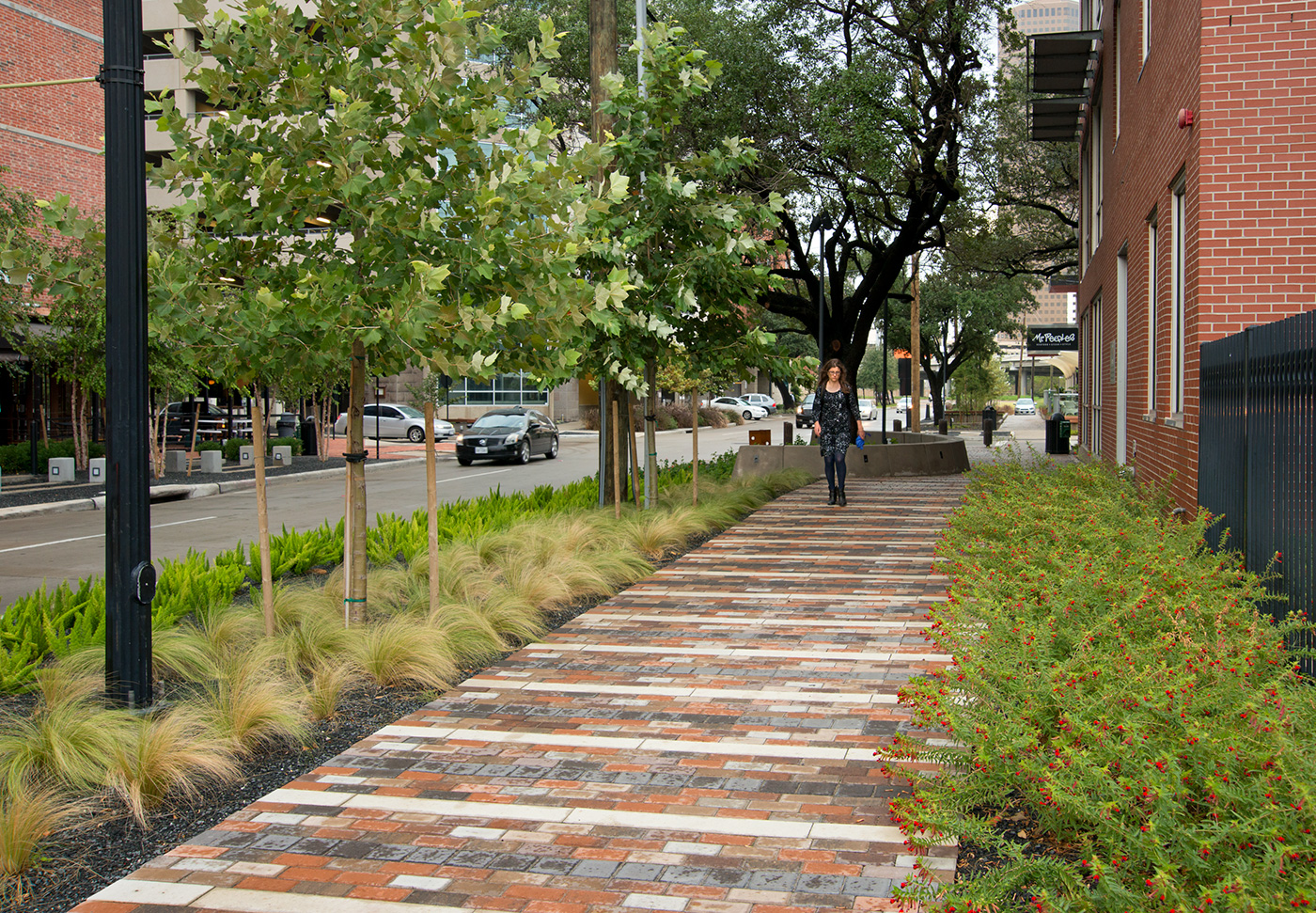 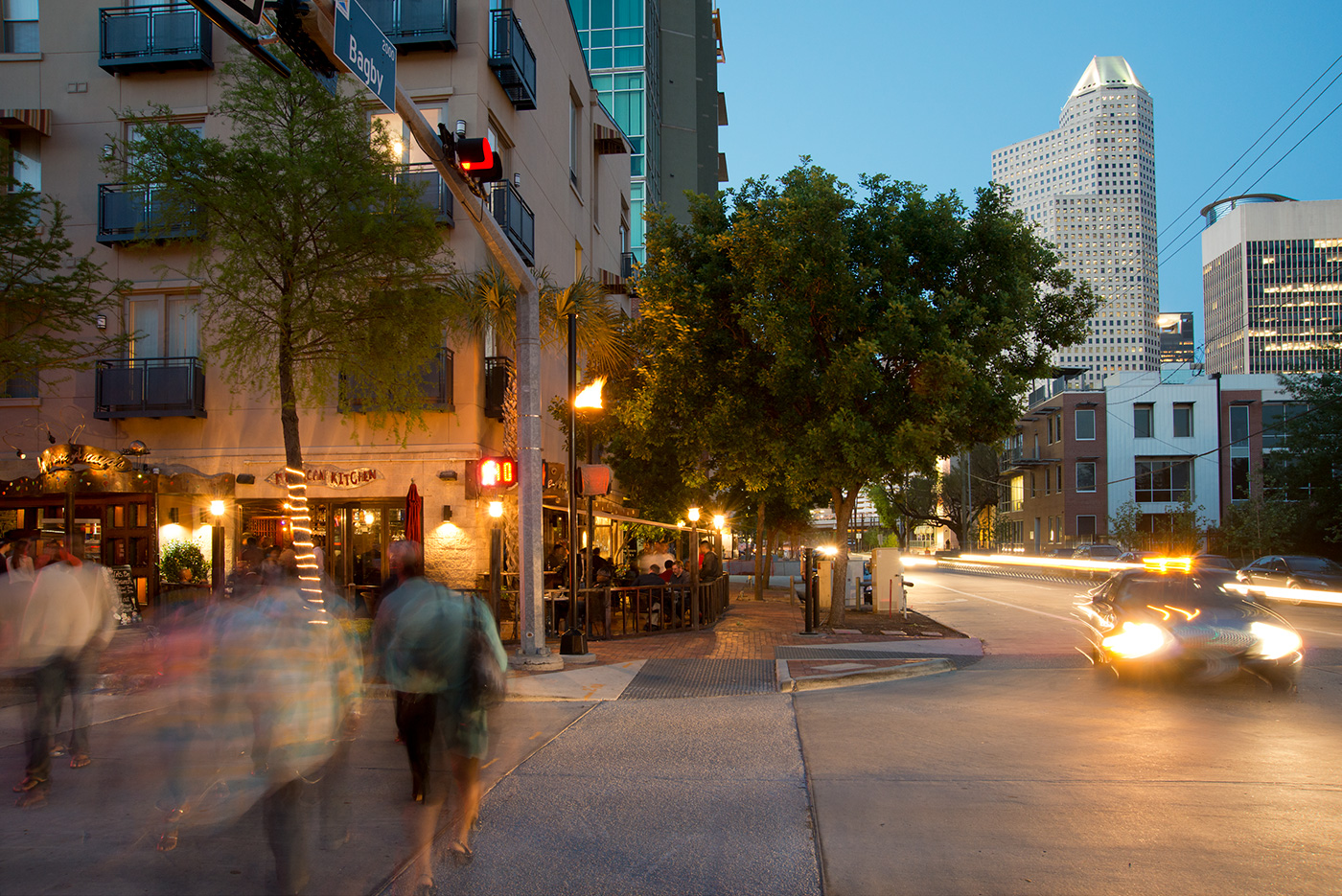 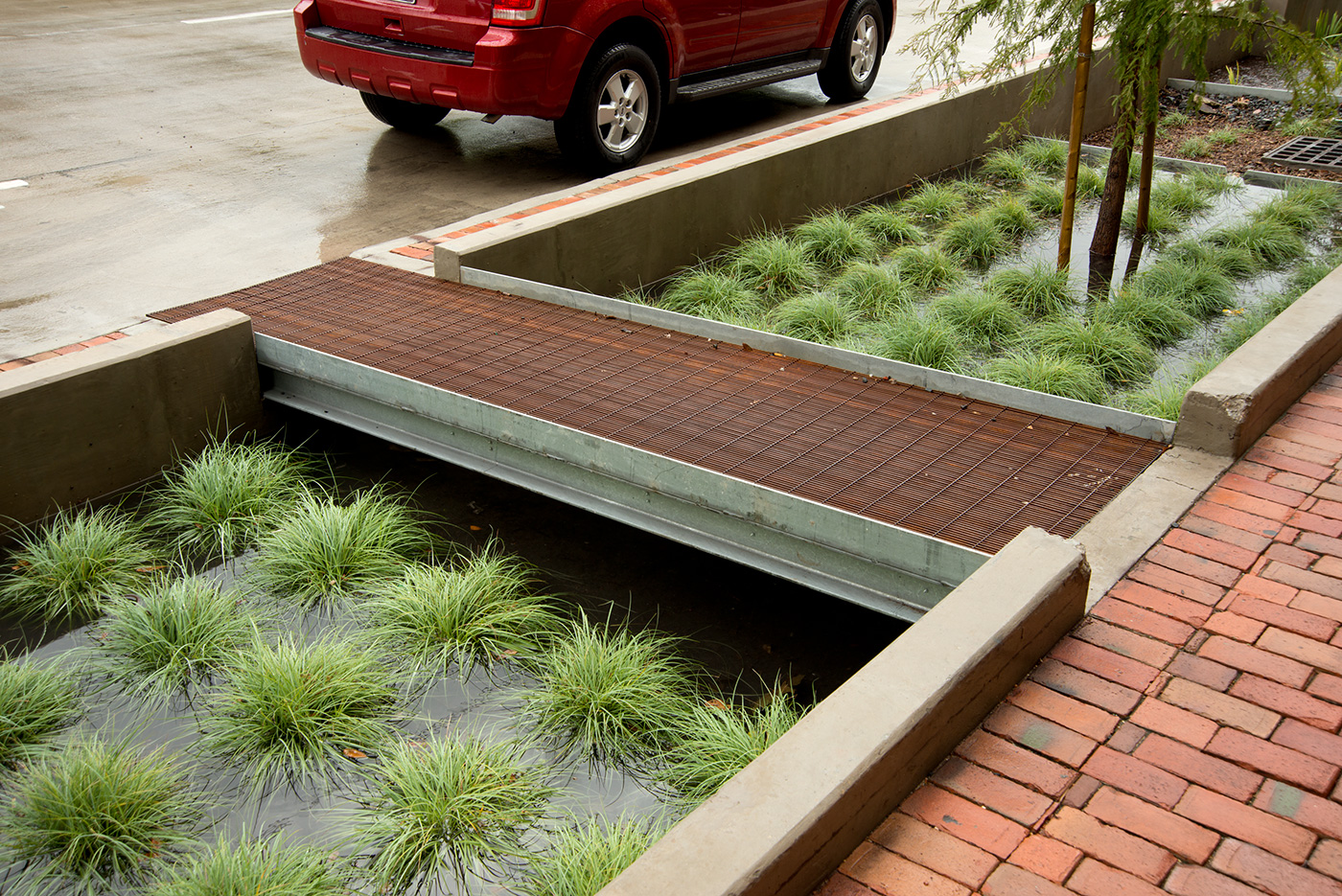